Men: they're the root of Takanashi Chiwa's problems, which is why she never had the time nor the opportunity to have a boyfriend in her entire life. A full-time office lady and a part-time hostess, she works night and day to pay off her dad's debt from his failed business. One night at her part-time job, a high-class customer has her fired. Then the next day, she's called in to see the president—whom she had never even seen before in the office—only to find out she's to marry him! But what kind of guy is Mamiya Hokuto anyway? Will he become one of Chiwa's problems, or will he save her from them? And will this marriage even last?! (Source: Aerandria)

The story follows Alice Seno, a 15-year-old girl forever shadowed by her older sister Mayura, who is good at everything she does. At school she is known as "Mayura's little sister" and is relentlessly tormented by the older girls who know that Alice is too weak to fight back. Alice harbors a deep affection for Kyo Wakamiya, a handsome upperclassman who is on the archery team with Mayura. On the way to school one day, Alice rescues a white rabbit from the road despite the danger to herself, but gets rescued by Kyo and receives a bracelet with a single red stone. The rabbit she saves, however, is no ordinary rabbit. She reveals her true form to Alice and introduces herself as Nyozeka. Alice is told that she is destined to become a Lotis Master. The Lotis Masters use the power of words and communication to enter the Inner Heart of others. It is a powerful ability to be used carefully as Alice soon finds out. Using the power of the Lotis Words, which reveal themselves to be in the form of runes, Alice accidentally makes her older sister disappear during a dispute over Kyo, whom Mayura had begun dating. Alice then must use the Lotis Words to try and bring her sister back from the dark. She is joined by Kyo who proves to have the Lotis powers as well, and by Frey, another Lotis master who had trained with the masters and arrives with the intention to marry Alice. Unfortunately, Mayura has been taken by the power of the Maram Words, the dark reflection of the Lotis Words. Their only hope lies in Alice and Kyo becoming the legendary Neo-Masters to discover the lost word bonding both Maram and Lotis. (Source: Mangatraders)

The story takes place in the same official Code Geass history as the anime, but in a different era. The title character, Renya, is a 17-year-old boy with a mechanical left arm and shuriken throwing stars as his weapons of choice. The story begins when Renya encounters a mysterious, perpetually young witch named "Reifū C.C." C.C. has appeared in Japan's historical Edo era to seek a new partner for a covenant. Meanwhile, a mysterious man, with a striking resemblance to the character Lelouch of the original anime, also appears with unknown intentions. (Source: ANN)

Utsuro no Hako to Zero no Maria

Kazuki Hoshino values his everyday life above all else. He spends the days carefree with his friends at school, until the uneventful bliss suddenly comes to a halt with the transfer of the aloof beauty Aya Otonashi into his class and her cold, dramatic statement to him immediately upon arrival: "I'm here to break you. This is the 13,118th time I've transferred. After so many occasions, I have to say that this is all starting to grate on me, which is why this time I'm spicing things up with a proper declaration of war." And with those puzzling words, the ordinary days that Kazuki loved so dearly become a cycle of turmoil and fear—Aya's sudden appearance signals the unraveling of unseen mysteries surrounding Kazuki's seemingly normal friends, including the discovery of mysterious devices known as "boxes." [Written by MAL Rewrite]

Nina's neighbor, Kyousuke, is starting high school while she's still stuck in junior high. Just walking to their nearby schools together isn't enough for her—especially since they keep running into Yuiko: a beautiful, outgoing girl in Kyousuke's grade who also seems to harbor feelings for Nina's next-door neighbor. (Source: MU)

A murder case for the 20th anniversary for the manga of Kindaichi.

Teenage Shakuya is the next head of the Dragon Clan – and she can actually turn into a real dragon. As if that's not enough, she also finds herself with two fiancés! The first vanished years ago and has now returned, but the new guy is not about to step aside. So Shakuya will wait a year, then marry the man she loves the most. Magic tattoos on both of Shakuya's hands, will help her to decide. Each one represents one of her suitors and as her love grows, so do her tattoos! (Source: CMX) Included one-shots: Volume 2: Haguruma Tsukai (The Cogwheeler) Volume 3: Double Crown

Rizu's childhood friend Souta has always been super cute but also just a little helpless, so she's taken it upon herself to take care of him. Little does she know, that Souta is only a facade! No scheme is too extravagant—Souta will stop at nothing to keep her to himself. (Source: Kodansha Comics USA) Included one-shot: Volume 1: Ayukawa Rena wa Shigo 4-ka (It's Been 4 Days After Rena Ayukawa's Death)

Fed up of being called a "clumsy good-for-nothing" by her classmates, Hana Aoi resolves to change by answering a job advertisement for part-time work at a local zoo. Despite its gaudy design and lack of visitors, the derelict zoo is a paradise to Hana who cannot wait to spend her evenings looking after cute animals. That is, until she bumps into a giant, anthropomorphic rabbit! Hana soon discovers that the rabbit is actually the zoo director, Shiina, a human cursed by a ghost with the strange ability to transform normal animals into humanoids. In order to get his original body back, Shiina must prove his love of animals by making his zoo the best in the world. But, with a principle to only do fun things, caring for animals is too much of a bore. This is where Hana comes in. Locked into employment—and secrecy—by the egotistical rabbit, Hana realizes that if she is to have any hope of changing herself, she must first survive a world in which the line between man and beast can no longer be distinguished. Oumagadoki Doubutsuen (pilot) With just an interview standing in the way between Hana Aoi and her dream job as a part time zoo keeper, what starts as an ordinary day for the clumsy high school girl quickly takes a turn when she meets zoo director Shiina, a giant anthropomorphic rabbit! Cursed with a beast-like appearance, Shiina reveals that in order to regain his former self, he must gather magical energy from certain animals with the power to take on humanoid forms. After a brief, one-sided interview, Hana is immediately hired and finds herself completely thrown out of pace by Shiina's reckless antics. Boku no Hero Jack Midoriya, an anemic salaryman, dreams of following in the footsteps of his idol, the hero Positive, and becoming a great hero himself. But with a weak constitution that prevents him from attaining a hero's license, the closest he can get to fighting monsters is through selling hero equipment and accessories. His hopes are further diminished when he meets a professional hero, Snipe, who ridicules both Jack and Positive. Can Jack prove Snipe wrong and become the hero he desperately wants to be? [Written by MAL Rewrite]

Kakashi is just a regular kid who wants to be something more: a swashbuckling, globe-trotting adventurer. Kakashi gets his wish when he meets Toto, a little dog with a big secret—he can transform into a gigantic magic dragon. But it turns out that Toto actually belongs to the Nassau Imperial Army, and these ruthless killers want their secret weapon back. (Source: ANN)

Get code(59s)
Sign up
Forgot password
Enter the email you’re looking for a password.
Submit
Check your email
Your email: will receive a verification email.
Check the inbox or spam to complete verification.
02:59
Try again
Log in

Continue to the next step and you will

Do you want to log out?
You won't be able to find Favorited comics.
Cancel
Log out

Why do you prefer to read comics on website pages comparing with downloading the app?(multiple)

What genre do you wish us to add more comics to?(multiple)

How did you know this website?(single) 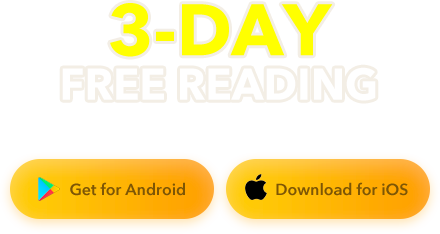