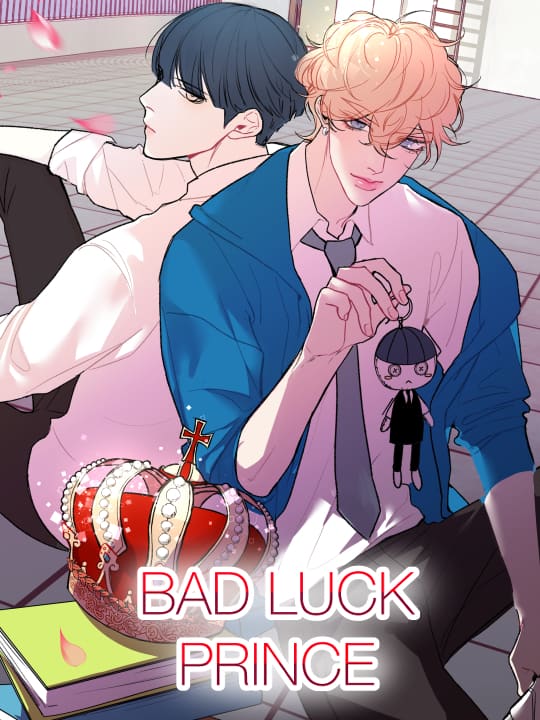 Shimizu Shigure is like a perfect prince who walked straight out of a shoujo manga, no girl can ever even dream to conquer his heart. Meanwhile, Hitoshi Iwai is really just your everyday guy who doesn't really care. 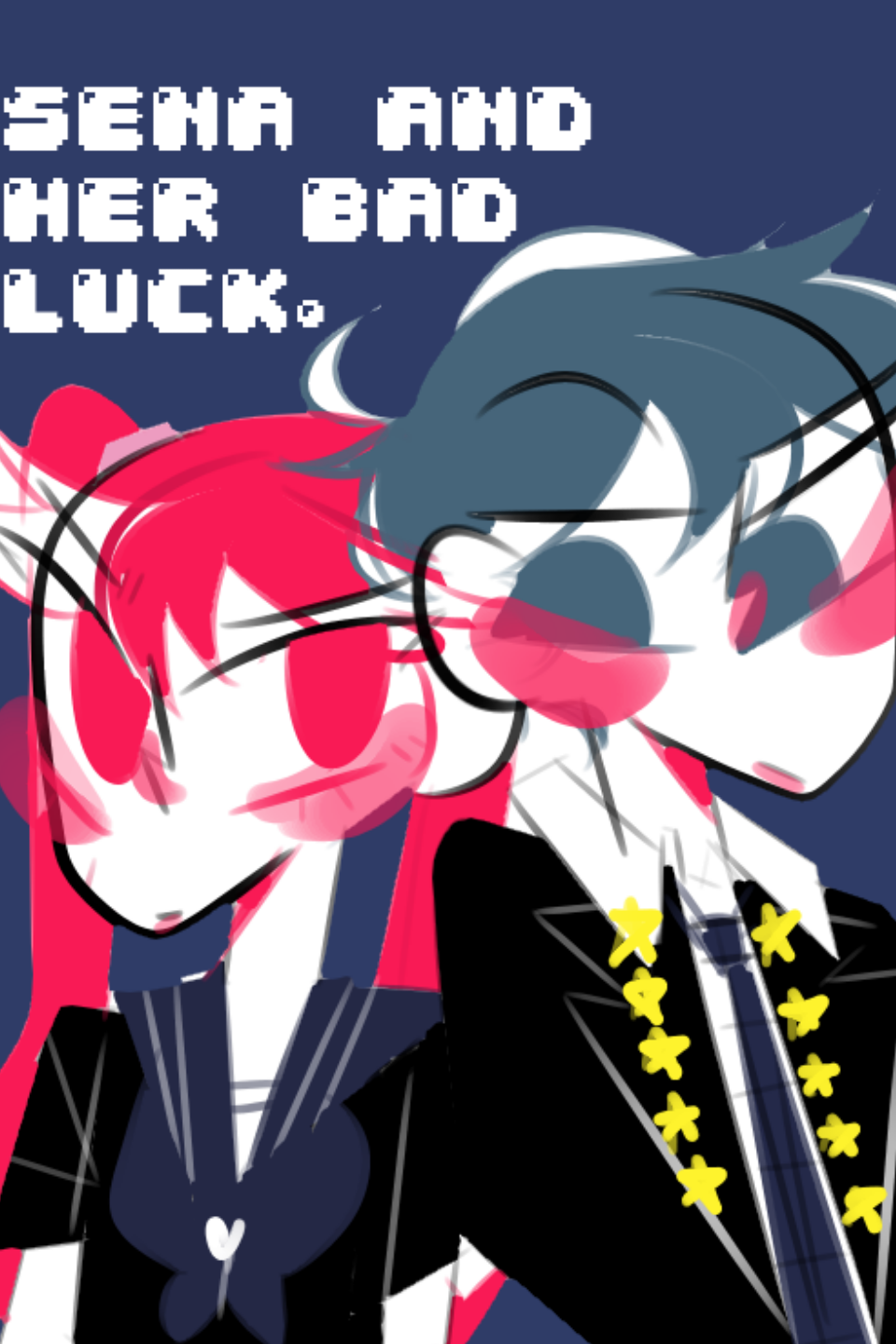 Sena and her bad luck

16 year old Sena Akabane has extremely bad luck ever since she was born, she doesn't even know why. And then he met Akio Akazaki that is the complete opposite from her. His luck is way too good to be true! Wonder what's gonna happen next? 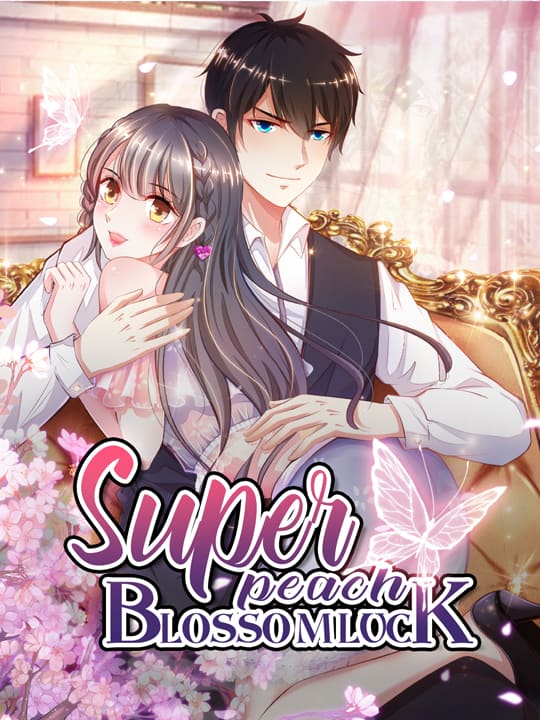 Luke, a college student who has a good personality and grades, is suddenly "turned into" the Love Master's successor, allowing him to acquire special abilities that make girls fall for him. The thing is, before mastering the Book of Love Luck, he has to maintain absolute celibacy, or he would die on the spot the moment he becomes intimate with a girl. The only solution is to accumulate true love from different types of girls and train himself using the book to the highest possible form as a Love Master. At the same time, demons are up to no good time and again… What unexpected encounters would the innocent and pure college boy have after becoming extremely lucky in love? 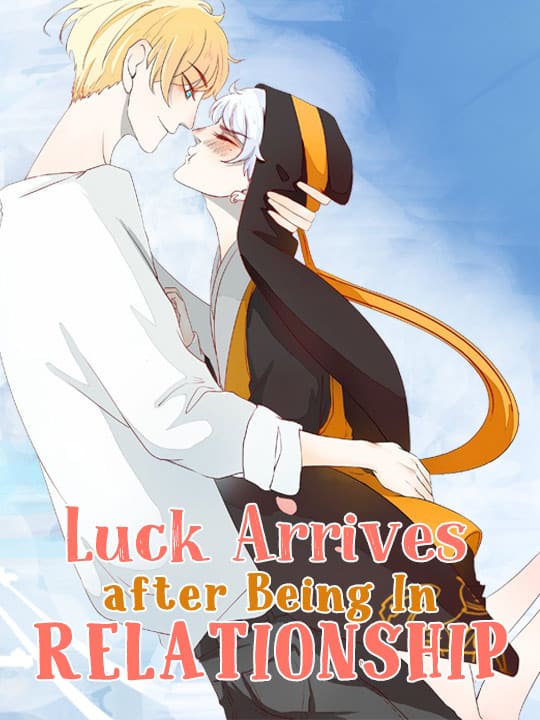 Luck Arrives After Being In Relationship

Yancy, a novelist, who has been depressed all the year round has met a "exclusive" luck-transporting god. The two stumble and try to achieve the goal of helping Yancy getting out of bad luck, only to find that someone had been obstructing behind their backs. Things are far less simple than they seem. "I heard that luck will get better after we're in a relationship. Want to try?" Shi-Hyun is a girl who has nothing but bad luck - at least, that's what everyone believes. In some ways, Shi-Hyun herself believes this and tries to stay away from the people she loves the most. As a result, she has developed an outer shell, making her look tough and indifferent even with the constantly bullying. But when she transfers to a different high school, a fresh start brings unfamiliar characters - and new challenges - into her life. (Source: Tokyopop) Suzuki Nero has had her eye on Kurokawa Yamato, and according to her love horoscope it was the perfect time to confess! She and Yamato were hitting it off well, although she still had the mean Kurokawa Dan who tries to get her attention in all the wrong ways in the back of her mind. She was ready to confess, but suddenly her chance was ruined! Strangely enough, Kurokawa Yamato and Kurokawa Dan got into a car crash together and when Nero goes to visit Yamato, she finally confesses to him. He kisses her and starts laughing, only to reveal that he's actually "Dan"!! Nero would have never guessed that the ruthless Dan and the sweet Yamato were actually twins--and twins who had switched identities at that! What's Nero to do when the personality she likes is Yamato's, but the real Yamato is pretending to be Dan...!? (Source: StarryHeaven) This story is about a man who steals others' luck by touching them with his bare hands. He takes luck away from those "bad" men who have been doing horrible things and makes their death look like a coincidence. With all this luck, what does he do with it, how does he use it? (Source: MU) From a randomly calculated list, a partner is selected. With this chosen partner, challenges must be cleared. That is the mission bestowed by the "Clock." Kaoru Nagase died unexpectedly while walking home from her office job one night, and she suddenly finds herself in front of a man dressed in white. The man introduces himself as God and apologizes for his mistake that resulted in her untimely demise, vowing to make it up to Kaoru by reincarnating her into another world. The next world's goddess, Celestine, reforms Kaoru's body and gives her all the concessions she asks for: the body she had when she was 15, the ability to make potions with effects of her choice, and a box with infinite storage space, to name a few. But soon, Kaoru realizes that, despite being told otherwise, this new medieval world doesn't have much in the way of magic, causing her potions to be highly sought after by greedy nobles. However, by using knowledge from her previous life, she just might find a way to survive in this world using her potions. [Written by MAL Rewrite] In the year L.C. 922, mankind faces an unprecedented crisis. Following the conclusion of a hundred-year war on the mythical world of Tetraheaven, the losing Majins sought a safe haven and invaded the human world Septpia. The government is forced to fight by employing Logicalists belonging to ALCA, a special police that protects the streets from foreigners of another world. Logicalists are given a special power that allows them to enter a trance with Goddesses from the other world. The future of the world depends on the "Luck" and "Logic" and these Logicalists. (Source: MAL News) This is a wonderful world ruled by magic. It's full of ancient myths and legends of all types, including one such legend that was on most people's tongues as of late. One about the battle between an evil demon king and the great sages... In the current day, at the world's one and only Magic Academy—the Forest Academy of Magic, more and more odd creatures seem to be appearing and causing trouble. And in the middle of it all, there always seems to be the shadow of an academy student named "Salaman"... With these signs, it seems like it's all hinting that something surprising is about to happen! Hidaka Hikaru is a first-year high schooler who, in front of one she loves, becomes beyond clumsy. Let´s follow her struggles to love. (Source: MU) Liones Yelistratova, a pure princess from a small country, enters a school in Hokkaido on a spring day. The school is a specialized educational institution operated by ALCA to train Logicalists, who maintain world peace. Liones enters class S, where she meets many classmates with unique personalities, like Nina. A lively and cute everyday life begins now. (Source: MAL News)