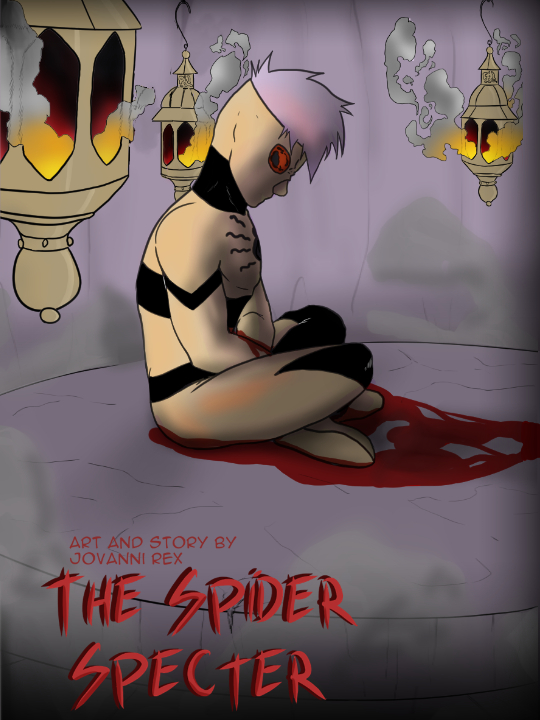 Desmund Devera's a kid that just wants a shot at a normal life, but his dad's job has him and his family moving all over the place! Settling down in the city of Rooks, Desmund is determined to make friends this time around. However, that all changes when HE DISCOVERS THE SPIRIT OF THE LEGENDARY SPIDER SPECTER who disappeared over THIRTY YEARS AGO! He is introduced to a world of magic, wonder, and a heavy burden of responsibility. Series updates every other Monday! 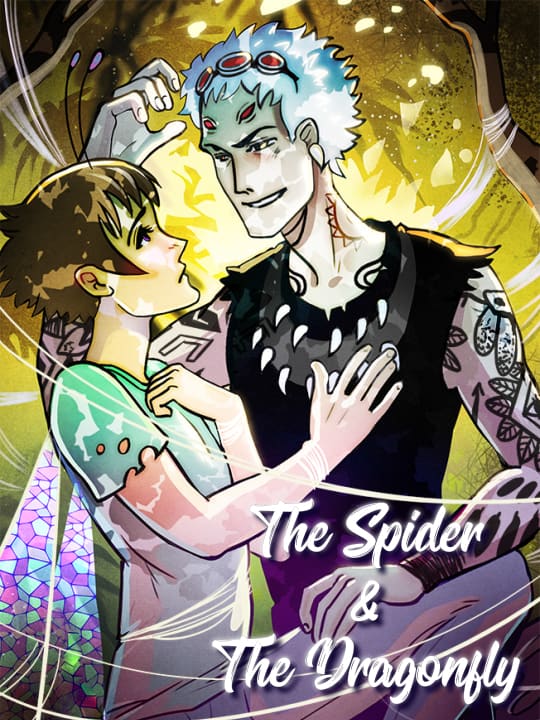 The Spider & The Dragonfly

One day Alfy from the dragonfly folks get caught in the spider web. Then suddenly a murderous stranger approaches him with a knife... It seems like something really bad is about to happen, but the events take an unexpected turn! Hideaki Shizukawa is your typical salaryman, aside from the fact he has a split personality. The real trouble is that they don’t get along. While mild-mannered Hideaki works by day, “Kairi” parties by night, seducing men and bringing them home by the dozen. Hideaki wakes each morning with no memory of the night before, but figures out what’s going on by the hundreds of pictures Kairi leaves of his sexual escapades. To make matters worse, the pictures keep ending up on the internet. Hideaki goes to the office counselor Katsuragi for help, but Kairi seems to be getting in the way. Will Katsuragi be able to reach Hideaki’s true self, or are deep wounds from the past too much for even love? (Source: MU) Half a year ago, a giant spiderweb appeared across the sky. For a while, it got a lot of media attention. Eventually, when nothing seemed to be happening, people carried on with their normal lives, ignoring the spiderweb. Amedome Tsutsuji lives his daily life under the spiderweb. At school, people have nicknamed him "Ninja," since it's so easy not to notice he's there. Even automatic doors won't acknowledge his presence by opening for him. But he can see what others can't: aliens are coming down from the spiderweb, taking humans bodies as hosts, and eating people. For that reason, he uses his ninja-like ability to carefully guard his crush, Mizuno, as she goes home from school. In other words, he stalks her, but with the best of intentions. He's determined to be there to protect her when the spider-aliens attack. To that end, he teams up with another, friendlier alien named Tsuda, who gives him a powerful weapon: a faucet. Will Tsutsuji be able to protect Mizuno from the parasitic spider-aliens with his trusty faucet? (Source: MangaHelpers) A high school student named Komori Yuu is bitten by a radioactive spider, which gave him spider-like powers. Fuu is a girl who was born between elf and human, and because of that she was treated as unwanted. Fuu leaves her hometown, and arrives at a place called "Limbo" - a world where a hybrids like Fuu gather. Day by day, interaction with the other residents let Fuu's heart and feelings grow. Adam suffers a serious injury during a military mission. While expecting honorable discharge, he's unexpectedly put in charge of a secret mission: to investigate a "sleeping sickness" that was supposed to have been eradicated 8 years ago. To do so he must team up with Rene, the man who had been in charge of curing this mysterious illness in the past. (Source: MU) In the year 200X, a supervillain who goes by the name Lord Gokibu wants to steal the fossil of the Insect King, 15 year-old Shou Amano uses his new spider powers to become Spider-Man J, to prevent this from happening. During his time as a superhero, he meets Japanese versions of Elektra, Dr. Doom, Blade, and the Fantastic Four. (Source: Wikipedia)